The operating data is recorded and stored by the electronics integrated in the Speedsynchro® Modular/NFC. The readout of data is done via an NFC-enabled smartphone.
The required app can be downloaded free of charge for iOS from the Apple App Store or for Android operating systems from the Google Play Store. 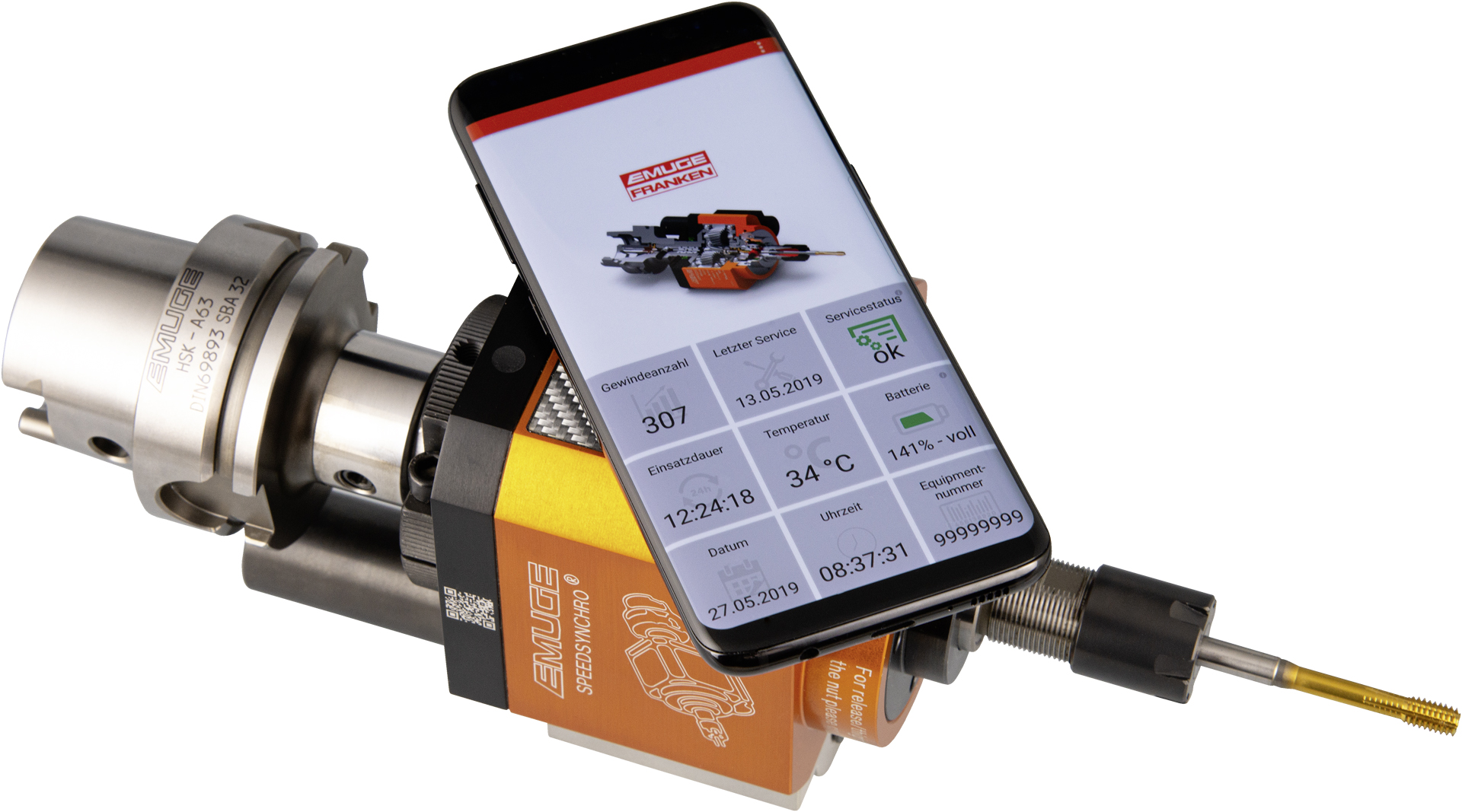 The cycle time saving for thread machining is 20 – 50% and depends on the operating conditions.

The reduction can be determined by simply changing the CNC program. To do this, reduce the spindle speed by a ratio of 4.412 and increase the feed per revolution. (refer to Kinematics) linked

Here is an example of the graphic representation of the cycle time saving for the machining of 15 M6 threads with synchronous and Speedsynchro Modular programming. 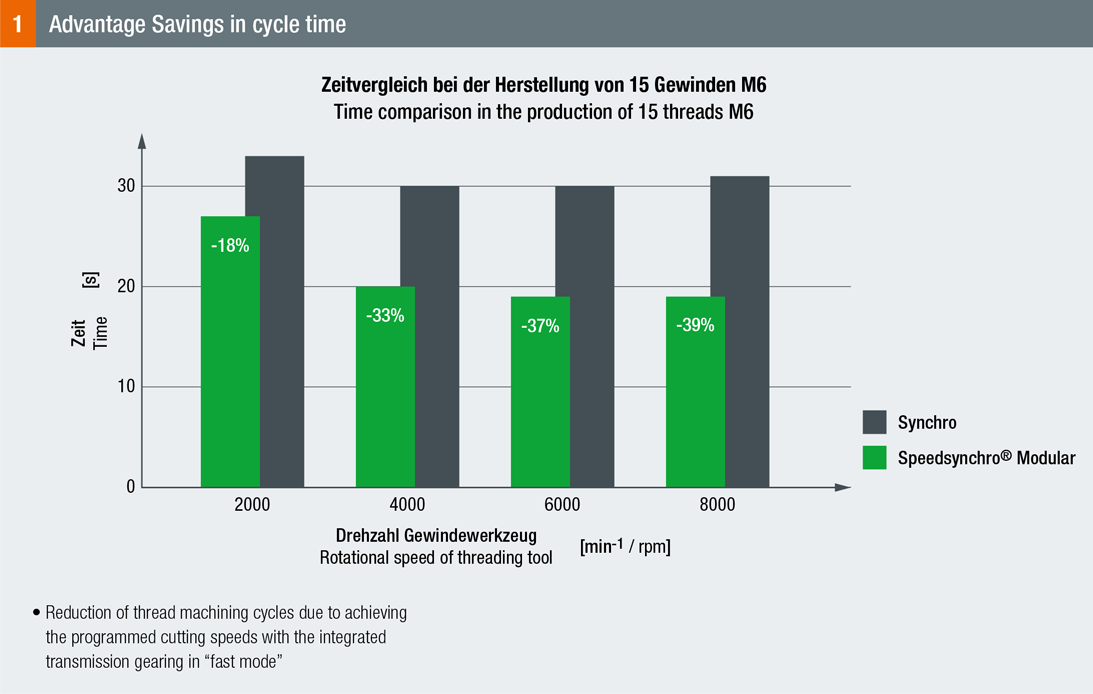 The following diagram shows the energy consumption of the machine spindle during the production of one million M6 threads.

The following diagram shows the process improvement for a rigid spindle M6 thread with Speedsynchro Modular. Link to Tool Details 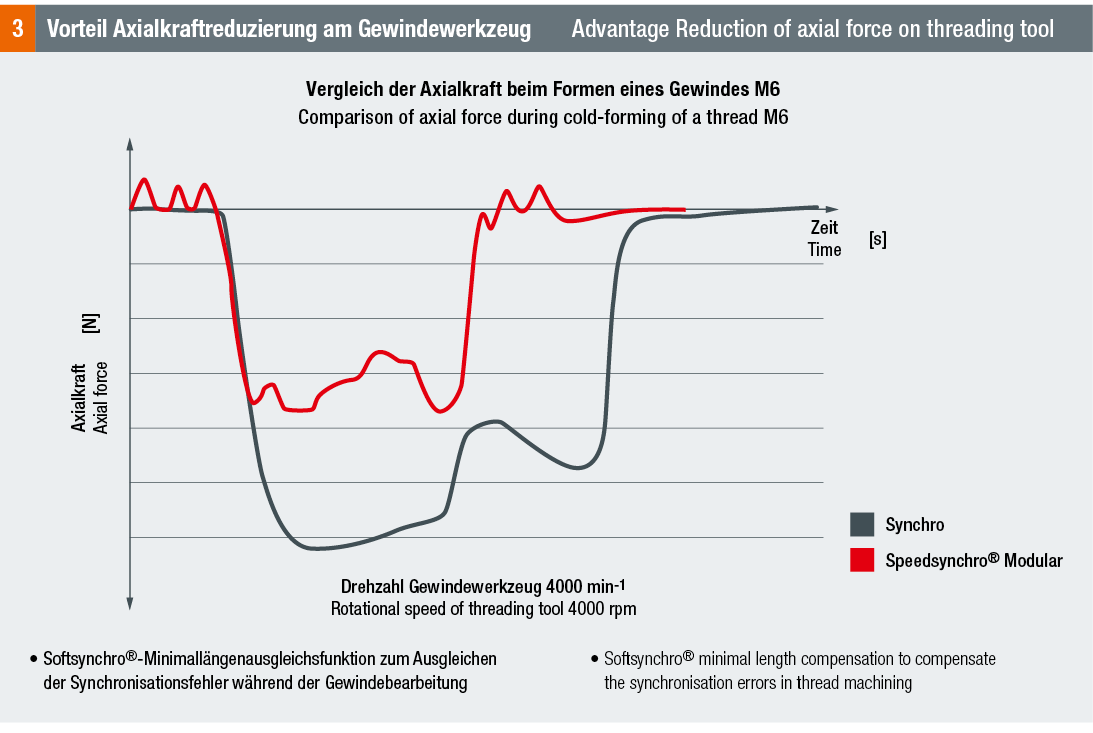 Using the Speedsynchro Modular significantly reduces the cycle time of the threading process and increases the number of components produced.
On the basis of the machine hour rate, the thread manufacturing costs can be assessed on the basis of tool holder costs, cycle time and energy savings.
For your specific application you can easily calculate the cost reduction based on your application data with the help of a ROI calculator. (linked: advantage cycle time saving)

The following example shows an example for the machining of M6 threads. 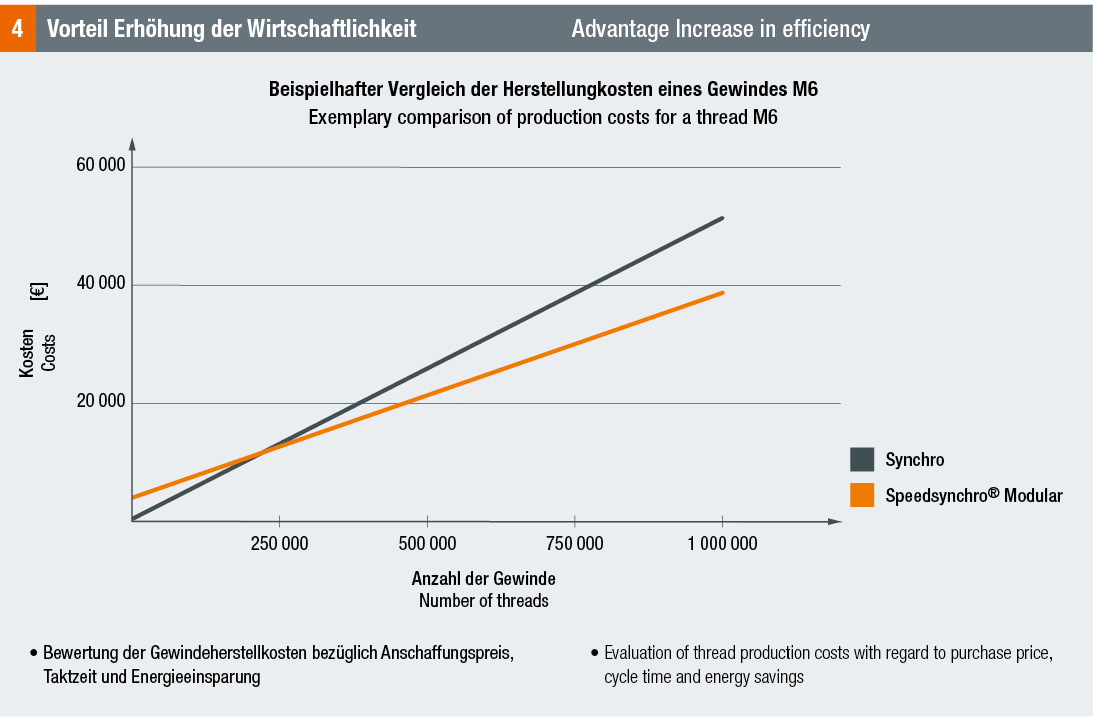